Is There Something in the Sea?

In March of this year posters began showing up on the east coast warning of an undersea threat. The posters ended with a URL that led the curious to Something in the Sea: and for the past six months, the rabbit hole has wound deeper and deeper.

While the website originally only displayed a map detailing an unseen researcher’s efforts to track seemingly random kidnapping cases from around the world, the site has since evolved. Players have found themselves silent observers to Mark Meltzer’s search for his missing daughter Cindy. Mark’s very research into the missing girls led to his own daughter’s kidnapping and the collapse of his marriage, causing his obsession to take on a more personal nature as he searches frantically for any information that might lead him to his daughter.

As time has gone on and Mark’s search has become more desperate, he has even reached out to players for help. Those who have been willing to write to Mark and offer their assistance have found themselves receiving strange packages in the mail containing children’s drawings or vinyl records that hint at strange monsters and unknown cities. Earlier this month, players around the world who ventured out to specific beaches that Mark indicated would hold a clue to his search discovered champagne bottles full of propaganda from that same mysterious city, buried in the sand as the sun rose on the adventurers who attended the event.

END_OF_DOCUMENT_TOKEN_TO_BE_REPLACED 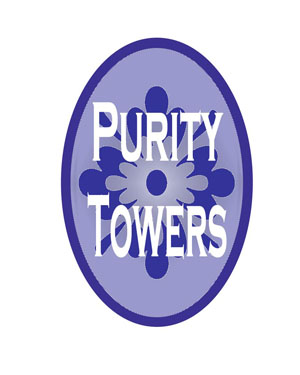 Have you ever wanted to be Luke Skywalker, a rebel fighting for the cause of the oppressed? How about a master spy, the kind who prefers his martinis shaken, not stirred? If either of these roles tempts you, Funnel Productions has an ARG with your name on it.

Purity Towers offers players a chance to enter a world once tormented by dragons. The People’s Proscript Party and the Grotians, enemies who were brought together by the dragon wars, find themselves suddenly at odds again after decades of peace: and a rebellion of epic proportions is brewing. Add to this interesting plot the fact that players are given the opportunity to pick their role and which side they wish to play for, acting as everything from rebel saboteurs to party reconnoiters, and you will find a rare jewel of a game.

Head to Purity Towers and help the players shape the revolution…but keep an eye out for dragons!

Skynet Research: Resist or be Terminated

This past Tuesday, Twitter birds that were following Skynet Research got several frantic messages advising them to ignore the “audio interference” on the Skynet homepage. Skynet, apparently afraid that the Twitter-verse would not get the word out fast enough, followed up with a mass e-mail warning visitors of “technical difficulties” that had created said audio interference while reassuring all that the problem would soon be fixed. Skynet also pointed out that the rumors circulating on resistorbeterminated.com were false and should be disregarded.

Skynet’s calming efforts had quite the opposite effect as visitors flooded both sites, discovering that the audio interference was no interference at all, but rather a distorted message. Upon slowing down the audio, players made a startling discovery: — the audio was, in fact, a message from a military unit named Recon Unit Strider Three reporting in and requesting extraction after coming under fire during a recon mission on Skynet “Tech Com Units.”

END_OF_DOCUMENT_TOKEN_TO_BE_REPLACED

Once again, YouTube has led to a rabbit hole that seems to go deeper and deeper with each day. A video was uploaded to the site, supposedly a Russian news clip reporting on an assassination attempt on a scientist, as well as the the subsequent shooting of the would-be killer. The newscast points viewers towards an organization named Mir-12, which is believed to be behind the attack. Upon visiting the Mir-12 website, players discovered a blog documenting the actions of Mir-12, a “global community” attempting to uncover a Russian conspiracy concerning an island where Soviet weapons testing took place during the height of World War II.

Mir-12’s founder, an American student, roundly denied any knowledge of the scientist prior to January 16th, the date of the incident documented in the video, and states that the assassin, Natasha Norvikov, was nothing more than a friend helping to uncover the truth behind the mysterious island and the Russian government cover-up. Researching Natasha, players have found more information on the active young woman who had accounts on Flickr and Facebook. Mir-12’s most recent update includes a link to Natasha’s photography work, also discovered and submitted to the site by players.

So, what does it all mean? As one intrepid blogger has already uncovered, Mir-12 seems to be a viral marketing campaign for the upcoming Activision video game Singularity. Some research into Mir-12’s Twitter account shows that certain followers of the Mir-12 Twitter-feed were employees of the DDB Ad Agency, and DDB has worked with Activision in the past. This discovery, coupled with the Singularity trailers, make the coincidences in plot seem much less… coincidental.
END_OF_DOCUMENT_TOKEN_TO_BE_REPLACED

A recent trailhead discovery could prove very exciting for Terminator fans as it appears to be the beginning of a viral marketing campaign for the upcoming Terminator: Salvation film. Skynet Research has little more than a message claiming that “Skynet Research is Coming,” and registration for e-mail updates but the legitimacy of the site as more than a fan creation is helped by the privacy policy, which links to the website of non other than Warner Bros., the production company behind the Terminator films. There are still three months before Terminator: Salvation hits the big screen on May 22nd, which is plenty of time to give fans a chance to take part in John Connor’s resistance.

Hopefully, more comes of this web site, and when it does, ARGNet will provide updates, so keep watching this site for details.