Ditch the Tech: Potential Dollhouse ARG for the Hiatus 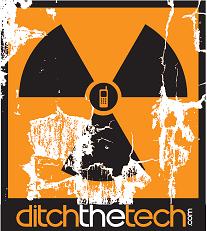 In its second season on air, Joss Whedon’s Dollhouse has reportedly been averaging fewer than 3 million viewers per episode. In light of these figures, Fox decided to put the show on hiatus until December 4th, after November sweeps. Undeterred, Whedon posted the following commentary on Whedonesque:

“Howzabout that schedule? Well, I’m not as depressed as everyone else. We weren’t about to rock sweeps anyway, and though there’s a chilly November, December is CRAZY. It’s like an Advent calendar of episodes! We get November to try to spread the word (which I’ll be leaning on Fox to do, though it’s hard to imagine them doing as good a job as the WhyIWatch guy) and then December is pure gluttony. Plus the episodes line up extremely well in these pairs, and we’ll have an absurdly appropriate lead-in.”

It appears as though people desperate for more Dollhouse content will not be forced to wait until the show returns from its hiatus December 4th. Yesterday, Dollhouse fans noticed a new website for Rossum Corporation, the organization responsible for Dollhouses around the world. In addition to advertising an attractive 5-year paid internship for “candidates of superior genetic disposition,” Rossum Corporation provides details about its ongoing Senate investigation. Even the website’s Terms & Conditions strives to establish its authenticity, noting that “all agents shall remain the property of the Company at all times.”