WARNING: SOME LINKS IN THIS ARTICLE MAY NOT BE SAFE FOR WORK 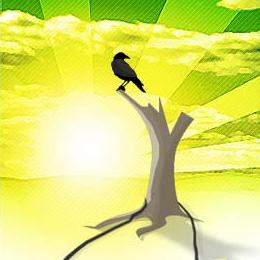 Earlier this month, Sean Stacey over at Despoiler received a tip about a new alternate reality game, Kronos480BC. The game is part of a campaign created by the public relations firm Black and Blue Media, presumably to promote the summer release of The Four, an adult feature film by Ninn Worx SR.

Given the rather explicit nature of the product Kronos480BC is promoting, it is surprising to note that the alternate reality game itself is anything but. As the game’s disclaimer explains, “[a]lthough the story line and rewards in Kronos480BC are not explicit in nature, the product itself is.” The disclaimer elaborates that players above the age of 18 are eligible to play for rewards such as postcards, magnets, stickers, and free ring tones. Although the game seems light on puzzles at the moment, there is an extensive backstory in place going back several years.

The story of Kronos480BC revolves around the search for an ancient necklace. Agamemnon Cronides claims the necklace, dating back to 480BC, is a family heirloom. He has enlisted the aid of Roberta “Bobbie” Hope, an archaeologist with the Hope Ranch Foundation, to find it.

Over the past year at ARGNet, I’ve covered campaigns promoting a fairly diverse range of products including books, television shows, movies, beer, and even heavy machinery. So I can’t really say that I’m surprised to find an alternate reality game promoting pornography. But I can say that I am impressed with their treatment of the campaign so far. While the subject matter relates to the plot of the upcoming film, the production staff made a conscious decision to eschew attracting players through titillation, prefering to rely on the strength of the story.

A Call for Help: Folding the Wish