The silent epidemic began in the year 2011. Children around the world were born without the ability to learn language. They didn’t babble as babies. They didn’t speak as they grew older. They couldn’t understand what their parents were saying. They seemed to show no interest in using language at all. Parents became frustrated, trying every obscure teaching method and advertised miracle cure. Scientists were baffled. There was no virus, no environmental toxin they could pinpoint as the cause of the disorder. As years went by, hope for a cure dwindled, but it became obvious that there was something more to the silents, something everyone had failed to notice.

This is the premise of a new, serialized digital novel, The Silent History, by Kevin Moffett, Matthew Derby, Russell Quinn and Eli Horowitz. Fans of puzzle hunt books might recognize Horowitz as one of the authors of The Clock Without a Face, a children’s book filled with hidden clues that led to real-world buried treasures.

While The Silent History doesn’t have cryptic clues or buried jewels, it does encourage readers to explore the story in several new and exciting ways. The creators, who designed and released The Silent History as an iOS app, are calling it “a new kind of novel”. Initially, the app offers video and text that introduce the reader to the story world. There are then two different experiences a reader can choose to explore: the time-released Testimonials, or the location-based Field Reports.

END_OF_DOCUMENT_TOKEN_TO_BE_REPLACED

Lazy 8 Studios has a new sci-fi themed interactive narrative experience in the works called Extrasolar. Lazy 8 Studios is the company behind Cogs, one of the thirteen indie games involved in the Portal 2 Potato Sack ARG earlier this year.

Extrasolar’s story involves the eXoplanetary Research Institute (XRI), a private agency that sent an exploratory spacecraft beyond our solar system a decade ago. They will soon land the craft on Epsilon Eridani b, where the spacecraft will drop a fleet of rovers designed to explore the alien landscape. XRI is seeking volunteers to control the many rovers as they scour the planet’s surface. This fictional extraterrestrial game is partially inspired by actual astronomical crowdsourcing efforts like MoonZoo, designed to classify the lunar surface, and SetiQuest Explorer, an interface for categorizing patterns in radio telescopic data.

Rob Jagnow, one of the creators behind the game, explained some of the game mechanics in an interview with Gamasutra earlier this month. According to Jagnow, players will drive their rovers around the planet, exploring and taking pictures of the landscape. Once the photos have been beamed back to Earth, players can analyze them for artifacts or creatures living on the planet. The story of Extrasolar will unfold over emails, videos and voicemails as players explore more of the planet.

The spacecraft isn’t scheduled to land for a few more months, but rover volunteers can sign up for more information on the XRI website. Extrasolar will be free to play with the option to pay for rover upgrades and other game extras. 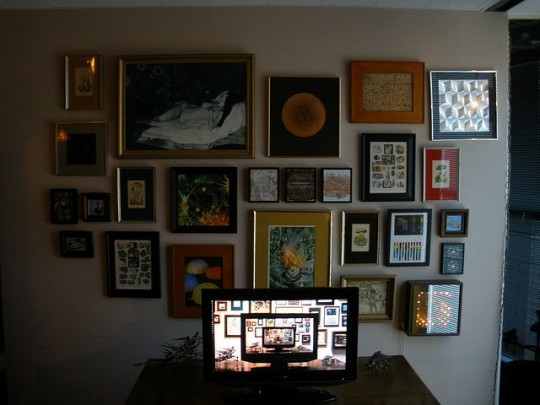 END_OF_DOCUMENT_TOKEN_TO_BE_REPLACED

The Clock Without a Face Treasure Hunt: One Jeweled Number Remains

The race is on to find the final emerald-studded number from the treasure hunt children’s book, Clock Without a Face.  Over the past seven months, treasure seekers have found eleven of the twelve numbers buried at highway rest areas across the United States.  And the final hidden number, the twelve, is rumored to be more valuable than all the other numbers combined.

Each of the numbers was once a part of a priceless (and rumored cursed) clock named the Emerald Khroniker.  According to legend, the clock was built by a pirate named Friendly Jerome.  The greedy pirate looted twelve different cities in twelve different countries, and stripped a jeweled number from each city’s grandest clock for the Emerald Khroniker.  The most valuable number, the twelve, is thought to have been stolen from the tomb of an Egyptian king.  It wasn’t long before thieves stole this valuable clock from Friendly Jerome.   The clock was then stolen again and again, until it ended up in the hands of its most recent owner, Bevel Ternky.  The Emerald Khroniker was not stolen from Ternky; instead thieves ingeniously pried off the numbers and buried each one in a separate location.

Within a month of the book’s release, treasure hunters deciphered the clues that led them to eight of the numbers in eight different states – Florida, Washington, Virginia, Ohio, Indiana, Illinois, Connecticut and California.  Since then, three more have been found, but the number twelve is still buried in the ground somewhere, waiting to be found.

On May 25th, I found one of the numbers myself, an emerald-studded silver beauty.  I had read the book several times with my daughter, but the puzzle-cracking grind was a bit too much for a seven-year-old.  She cheered me on and hoped that I would find her lucky number seven.  With help from a group of Unfiction treasure hunters, I pinpointed the location of the number seven to just 30 miles from my home in Indiana.

END_OF_DOCUMENT_TOKEN_TO_BE_REPLACED

It is a scenario ARG players are all too familiar with. Just when things start to get interesting, the grassroots puppetmaster comes forward with an apology to the players. The game can no longer go on because of lack of funds or time. Some players are disappointed. Others are angry. Most move on looking for another game to invest their time in. Things ended a bit differently with The Haunted Majora’s Mask Cartridge ARG. Instead of giving up, the players of this grassroots game reached deep into their pockets and donated money to the creator so the game could continue. With nearly a half million views on some of the ARG’s Youtube videos, it’s not surprising that the fans are dedicated. What sort of story would touch players so deeply? There was no hot brunette, nor was there a kidnapping. The story is about a college kid and his haunted Nintendo 64 game.

The college kid, known as Jadusable on his blog, thought he had struck gold when he walked away from a neighborhood garage sale with a free copy of the N64 game, The Legend of Zelda – Majora’s Mask. A creepy old man at the sale gave the game to him, saying it once belonged to a young neighbor boy. The boy, Ben, died years ago under mysterious circumstances.

When the game first started acting strangely, Jadusable shrugged it off, thinking it was just a buggy version. Before long, he discovered that his copy of Majora’s Mask was haunted – by someone or something named Ben. Jadusable started recording the strange happenings in the game and by doing so, inadvertently allowed Ben to escape onto the internet. Anyone who downloaded the videos also downloaded Ben onto their computer and into their life. Jadusable eventually disappeared and presumably got himself trapped in the haunted game cartridge, while Ben used his new found freedom to seek out more victims in the real world.

Even though Ben is free from the game cartridge, he and other characters are still somehow affected by items used in the video game. For example, if the players play The Song of Healing from the Legend of Zelda, a character in the ARG gets healed. If they play a time travel song, they travel back in time several days, getting a chance to manipulate the characters in different ways. It is still unclear exactly what Ben’s connection to the game cartridge is, but players discovered he was previously a member of an apocalyptic cult. According to other cult members, Ben “ascended” and his body was never found. Exactly what the connection is between the Majora’s Mask video game and the cult is still a mystery.

The game’s latest chapter has come to a close, so there is plenty of time to catch up on what has happened so far before the next installment.

Caitlin Burns and Steele Filipek are on the hunt for Bill Murray. When they’re not at their day jobs at Starlight Runner Entertainment, the transmedia producers are covering Williamsburg, Brooklyn with flyers in hopes of attracting the attention of the comedian. Burns and Filipek are developing Jurassic Park Slope, an interactive transmedia experience about urban hipsters and dinosaurs, and are determined to get Murray to star in it.

An homage to the 1993 blockbuster hit, Jurassic Park, Burns and Filipek’s film involves a group of urban hipsters who, while trying to find the ultimate loft party, find that their Brooklyn neighborhood has been overtaken by dinosaurs. Players will follow the hipsters’ adventures through videos, blogs, social media and on their smart phones as they explore Williamsburg. According to one of the producers, Caitlin Burns, “Those not in Brooklyn will have opportunities to participate, though most of the gaming will be located in businesses and GPS locations in Williamsburg. There will be content that can only be unlocked online through games, contests that will be open to all comers, and of course, we’ve been posting, updating and tweeting things that relate to dinosaurs, hipsters and other related topics.”

So why Bill Murray? He has become somewhat of a legend akin to Bigfoot or Nessie in the Brooklyn neighborhood. According to urban legend, Murray shows up unannounced at loft parties and bars or walks up to strangers in public, saying, “No one will ever believe you,” and then slips away into the night, often leaving spectators in shock. Burns says, “Bill Murray is like an enigma wrapped in a riddle, wrapped in unflinchingly hilarious comedy… He seems like a person who enjoys fun, has strong opinions about things and might do something like this just because he dug it. Also, he’s utterly brilliant, even the strange groups that boycott him as the antichrist agree that he’s one of the funniest people alive.”