For Everything You Gain, You Lose Something Else 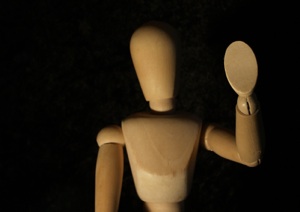 Well folks, here comes the day I know I’m going to look back on and think, “Wow, I wish I had written something much more insightful and interesting.” Starting September 1, 2009, I will no longer be the senior editor and owner of ARGNet. This is a decision I’ve reached after a great deal of thinking and soul-searching, and I know I’m walking away from a great group of people that work behind the scenes here. What I’ve come to realize is that with a new job starting in September and with two kids that are active in extracurricular activities, I don’t have the time necessary to put into this site anymore. So, rather than try to muddle through at a sub-par pace, I’ve asked Michael Andersen to take the reins, and thankfully, Michael has accepted the job.

When ARGNet (then ARGN) first arrived on the scene, it was a network of like-minded web sites, and I has happy to have my Lockjaw-inspired site GuysGuise included. I worked with Steve Peters, Sean C. Stacey, Bill Shaw and others to make a Flash banner that appeared above all of the member web sites, but over time, that network dissolved and ARGN became more of a news blog. I started writing news articles in 2004 (yay, ReGenesis!) along with other community members, and Steve handed control of the site to me a few months later in the summer of 2005.
Since then, it’s been a wild and crazy time filled with aesthetic overhauls and substantial amounts of delivered swag, but more than that, it’s been four years of watching this site grow and develop as fast as the genre of alternate reality gaming has expanded. And along the way, I’ve made many friends and acquaintances that I wouldn’t have made if not for this web site and the ARG community.

Before I pack up my things and move on, I’d like to thank some pretty important people:

And with that, I bid you all a fond farewell. I will still be around, kicking around the Unfiction forums from time to time, perhaps immersing myself in some game or another. For the time being, you can still catch me on the ARG Netcast, talking about ARGs and transmedia and all that great stuff. You may even see my work in a future project. In any case, I’ll miss this place, for it was really, really good to me.

Why does it take a minute to say hello and forever to say goodbye? ~Author Unknown

Fury of Solace: Doing Evil So You Don’t Have To