Power to the Pixel Pitch 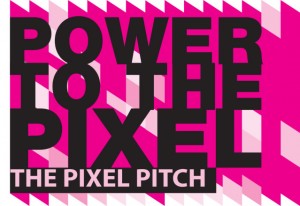 Cross-Media will be king at this year’s London Film Festival on October 14-16. For the third year in a row, Power to the Pixel will be holding a forum that will allow digital innovators to rub shoulders with fellow practitioners and get in touch with potential finance partners through workshops, the conference, and a think tank. Capping off the experience, up to ten cross-media projects worldwide will pitch their stories to an open forum of financiers, commissioners, tech companies, online portals, media companies, and conference attendees. This year is the first year that the best pitch will be awarded the Babelgum Pixel Pitch Prize of £6,000, to help turn your dream into a reality.

Since “360° Commissioning” is becoming increasingly popular in Europe, the projects were well received. Jamie King noted that “Power to the Pixel was directly responsible for putting DARK FIBRE in front of investors to help make our project possible.” Lance Weiler explained that the panel also provided a great opportunity to discuss ideas with other panelists. “That’s what’s great about Power to the Pixel. Not only does it help to make those connections, but you end up staying in touch with these people.”

Applications for the Pixel Pitch are due by August 14th at 6pm BST. Power to the Pixel will provide 3 night’s accommodation for successful applicants, and arrange for one-to-one meetings with potential financiers and partners. Submission guidelines and application forms are available at the Pixel Pitch website, and are open to cross-media stories spanning film, TV, online, mobile, and gaming platforms.

In addition to sponsoring the £6,000 prize for the best cross-media project, Babelgum will be making the sessions available on their website.