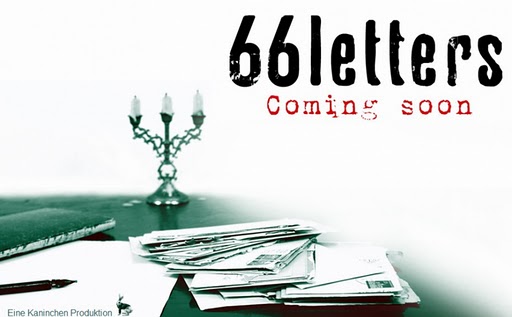 An online literary puzzle, 66 Letters, is a psychothriller alternate reality game opening in May. Players will collaborate and test their detective skills to investigate a cold case, and clues will offer a preview for a new book that will soon be published by German publisher Bastei Lubbei.

66 Letters is the latest project of viral marketing experts, vm-people, whose most recent project was Die Zeit wird knapp [Time Is Running Out], promoting Rachel Ward’s book Numbers. Vm-people is also behind the German-based Pirate Society as well as Charlotte Is Becoming Real, which brought two American players to Germany for its grand finale.

Currently, visitors to the 66 Letters homepage are rerouted to the Folge dem Kaninchen [Follow the Rabbit] website, where they can register for updates for this game and for other projects from vm-people. All this activity has been well-met by the vibrant and active German ARG community, which has gelled around the German-language news blog ARG-Reporter and meets socially every month in Berlin. In the future, the Folge dem Kaninchen website will open up for a more international audience, but for now, the site is only in German.

On April 23rd, London Becomes the Game Board for Nike Grid

8th Wonderland: A Virtual Nation Up in Arms