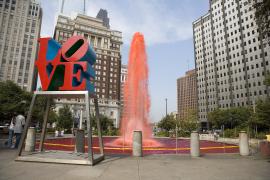 In the latest twist of the plot, players are slowly being placed in an instrumental role in terms of the occurrence of each murder. There are currently four victims: Santos Jimenez (an already paranoid drug dealer from Miami), Joe Wellmont (a retired Colonel from Illinois), Matthiew Clarke (a con-man that was “murdered” during Comic-Con), and Judge Sarah Zeizel (a woman whose husband was briefly a suspect). The game pulls no punches when it comes to the display of evidence pictures, audio and video files, and other material in regards to the killer: for instance, one of the game’s puzzles required identifying a code carved out into the victim’s flesh with a series of cuts. Thus, the experience is geared towards mature audiences and those that are not bothered by liberal doses of fake blood. A safe assumption is that his victims share more commonalities than the initial obvious of losing their lives by the hands of a psychopath yet that connection to this date remains unclear. Based on the dossier the Infinity Killer’s first known victim dates back to 2008, so the most recent murders are nothing new for our resident serial killer.

The Infinity Killer has interacted with the players in a message or chat format sent from his various online appearances but has also allowed everyone insight into his psyche via several videos of his therapy sessions at SleepSuperbly.com under the name F8, where his motivations can perhaps be explored. In his latest exploit, The Infinity Killer has managed to alter the latest video posted by Pratt, demonstrating that he is not only methodical but also very technologically savvy. But this game includes much more than simple internet surfing: the latest clue was in the form of a jacket belonging to the killer that was left at Bodies . . . The Exhibition, in New York. Inside the jacket’s pockets, among other items, was a thumb drive containing further clues.

While it is still early to know if the gameplay will eventually force people to pick sides, the evidence suggests that the serial killer’s motives are not quite black or white. Thus, as in life, the characters’ motivations still lie hidden in the gray area. And that’s where this bloody adventure continues to thrive.

Past coverage of the Dexter ARG at ARGNet
Discussion at the Unfiction forums
Summary of events at angelnorelation.com