Come to the White Island, stay for the all night dancing!

June 12, 2008 / Jonathan Waite / Comments Off on Come to the White Island, stay for the all night dancing! 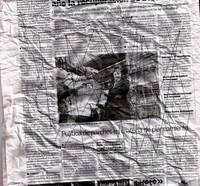 Something is happening in Ibiza… or so says the press release for The White Island, which filtered into the ARGNet tipline last week. The new alternate reality game began on June 1st, and involves dance music and late night parties across Europe. There are some interesting names connected to the project as well — Pete Tong, known best for his work on BBC Radio 1 and for being the subject of the mockumentary “It’s all gone Pete Tong“, and Charles Kriel, a DJ who previously worked on the Fallen ARG and now heads up Black Swan Media. If these names aren’t enough to get you clubbers interested, what about the cool swag we received earlier today? There’s video and more pictures after the break, so put down the glow sticks and click on through!

So, what could a clay pot, some mysterious pieces of metal, and strange geometric patterns have to do with the thump-thump-thump of a big, bouncy rave? The press release offers details on some of the events to take place: “Based around the biggest dance music events and the hottest clubs and DJs of summer 2008, the game asks players from across the world to help solve the mystery behind a series of events that could threaten the very soul of Ibiza.” Stop, you had us at ‘hottest clubs’.

The campaign also has a pretty cool partner in Pioneer Pro DJ, because the company will be offering “huge prizes” as the campaign rolls out. To top it all off, many of dance music’s hottest DJs will join in on the fun, which we imagine will result in a curious blurring of the lines between reality and the game.

So, if you find yourself on the terrace of Space or the dance floor of Wonderland this summer, take a quick look around for clues and puzzles, because you might be unlocking the secret of The White Island. 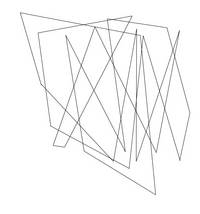 If Looks Could Kill… *ZAP!*