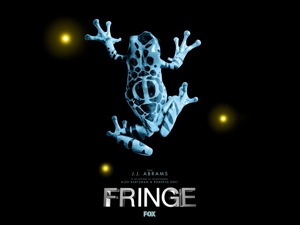 As I watched the pilot (the broadcast version, not the leaked one), it wasn’t long before the weirdness was ratcheted up a few notches. Before many of the commercial breaks, strange symbols paired with glowing dots appeared. These images, as documented at the Wikibruce Fringe Wiki, are similar to the animated teaser videos that showed up in July. At the end of the episode — don’t worry, I won’t spoil any plot points — the leaf image is displayed prominently. While there is no rhyme or reason to them yet, there’s another episode this week to watch, and hopefully, more insight into the images.

After the show had concluded, there was a brief advertisement for Massive Dynamic, which coincided with the relaunch of the trailhead web site. The redesign features a lot of content, and includes an interesting (and, as of yet, inaccessible) employee login page. There have been mp3 files found, but no significant forward progress since the relaunch.

Other news blogs, such as the previously mentioned Underwire blog and io9, have been following the Fringe buzz for a while, and fans of the show have created web sites of their own, like Fringepedia and Fringe Bloggers. If you want a familiar place to discuss the game and the series, there are a number of related threads at the Unfiction forums which may tickle your fancy.

Thanks to all of our tipsters who sent in news of the game!