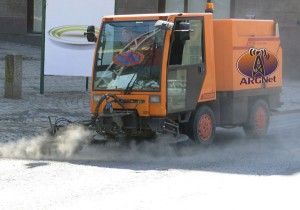 May 21: Wow, this was one busy day for tips! Barbara Chung (I suspect this is a pseudonym of some sort) sent in the following press-release-style game launch tip: Life1K Serum New Drug Application Submitted to DDEA GROVER’S LANE, May 20 – DNArgus, a world-class biopharmaceutical and health services company, today announced that it has submitted a new drug application for its novel life extension therapy Life1K to the DDEA. Life1K is an oral liquid nutraceutical that is administered once a month. “The Life1K submission is a milestone for DNArgus and mankind,” said Dr. Dan Collins, Founder & CEO of DNArgus. “Once Life1K becomes widely available, humans will enjoy longer life spans and increased resistance to disease.” Life1K was studied extensively over a five-year period in two major clinical trials, EXTEND and DREAM. 77% of elderly patients in both trials significantly improved their health and vitality after one year of treatment. The most common side effects associated with Life1K treatment include headache, nausea, migraines, blurred vision and constipation. .005% of patients in DREAM and EXTEND developed cancer of the esophagus. In all cases, the cancer was cured after standard medical treatment. DNArgus expects the DDEA to make a decision on Life1K within six to eight months. About DNArgus DNArgus is a world-class biopharmaceutical and health services company specializing in the development and commercialization of life extension therapies. Our flagship cryobooth, AICryogenesis II, is the safest and most well-studied product of its kind in the world. Learn more about the company at www.DNArgus.com. There’s already a thread at the Unfiction forums about this one, so perhaps you might want to jump in now while it’s early.

May 24: marc, a fan of the TV show Lost, shared this bit of info: hey! i’m a big lost fan, and it looks like someone’s doing a fan-made one during the hiatus and i thought you’d want to know about it. the pm cleared up confusion in the ‘purge’ post on the blog so its not a hoax i don’t think. anyway it looks pretty active with new things to do happening everyday so maybe you’d want to know. here’s the links i found connected to it: http://whoissimeonhobbes.wordpress.com http://twitter.com/elliottgraves http://twitter.com/simeonhobbes http://twitter.com/epithetalpha http://www.youtube.com/whoissimeonhobbes http://the8thspoke.co.cc/ i guess there was a lot of gamejacks so the pm put up the relevant sites on the ‘watching’ thing on the blog. anyway just thought u would want to know, later. Thanks marc! Some of us on staff are big fans of Lost as well, and may be checking on this one soon.

That brings us to today, and a chance for us to take a bit of a breather. In the coming days, we will have updates on some of the game tips we published previously, as well as a look at Xi (Playstation Home ARG). Thanks to everyone who was kind (and diligent) enough to send in their tips and news!

Anatomy of an Implosion