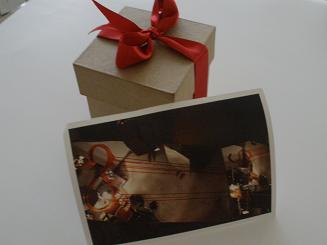 Inside the box was a realistic chocolate heart, along with a USB taped to the lid of the box containing a video message from f8. That video message can be viewed below.

I would imagine that Dee Pratt, administrator of the crowdsourced hunt for F8 at the Serial Huntress website, would be interested in this news. She received her own profession of confectionery curiosity from F8 a few days ago, in the form of a cake frosted with a cipher.

I haven’t had the “heart” to break open F8’s twisted offering, yet to see if something other than chocolate beats inside . . .

EDITOR’S NOTE: Apparently the allure of chocolate quickly overcame my reservations, and I am left broken-hearted. Luckily, no additional clues got in the way of my chocolate obsession.