2011 Year in Review: The Final Chapter 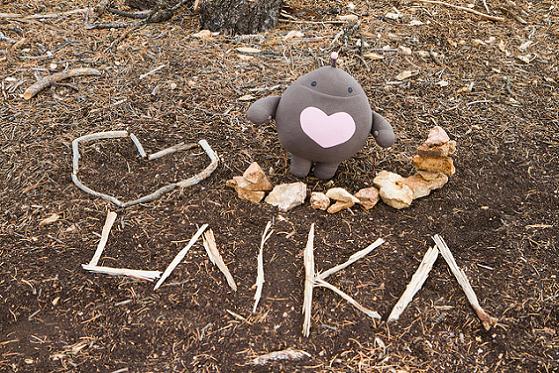 In 2011, I tried an experiment: rather than write a single article attempting to sum up the year in alternate reality games, I’d split the daunting task up into four parts and pen my thoughts as the year progressed. This is the final installment in that series, covering the final quarter of the year: if you’d rather begin at the beginning, feel free to do so.

Looking back at the year as a whole, 2011 was defined by the experimentation that took place in the realm of alternate reality games. While the puzzle-ridden romps through conspiracy theories that Ian Bogost so cleverly lambasted in his Cow ClickARG are still a staple of the industry, game developers are experimenting with new models of storytelling, gameplay, and revenue generation to create sustainable projects and business models alike.

Greater Definition in the Industry
Until recently, meetups for people involved in alternate reality games and transmedia storytelling centered around conferences, with gatherings at events like ARGFest, Power to the Pixel, DIY Days, Futures of Entertainment, and SXSW. This year, StoryWorld joined the list with a strong first conference that included its own alternate reality game, Zoetrap, that used a custom-built app for the conference to guide conference attendees through an occult mystery as seen through the cellphone of a missing person. While these events continue to bring fans and creators together, an alternate method of discussion has grown in prominence in recent months. Local meetup groups are increasingly springing up around the world to provide more frequent opportunities to discuss the state of the industry.

The New York and Los Angeles meetups in particular have transformed from informal get-togethers to entities in their own right, boasting hundreds of members: the New York meetup has incorporated as StoryCode, while the LA group launched a website aiming to provide resources and news for the community. However, groups have formed in cities including Toronto, Austin, Vancouver, Paris, and São Paulo.

The Silent Era for Films
It’s been a rough quarter for fans of transmedia properties. In May, signs of a full-fledged campaign for The Dark Knight Rises were promising, as an audio file on the film’s homepage contained a hidden message leading to the Twitter account thefirerises and a corresponding hashtag. Followers who used the hashtag had their profile picture inserted into a mosaic photograph of Bane. This strategy was akin to an early phase in Why So Serious, where players unlocked pixels in the Joker’s iconic Glasgow smile by submitting their email addresses. However, when a number of faux CIA documents were leaked to Empire and Wired.com’s Underwire blog, the payoff was the ability to transfer GPS coordinates over to the early access to the Operation Early Bird website for tickets to a six-minute preview of the film. Again, this move took a page from the Why So Serious playbook, as players during the Step Right Up phase of the campaign won tickets to an advance screening of the first few minutes of the film. But while The Dark Knight Rises is working from the same playbook, the substance is sorely lacking. The most compelling content to come out of the campaign so far has been the fan-produced Mumble Bane Twitter account, poking fun at the villain’s practically unintelligible dialogue.

The Hunger Games viral has also been off to a rough start. While the official viral started out competing with the fan-created game Panem October, the fan-created game came to an abrupt end, citing frustrations at similarities between the two games. So far, the official experience has consisted of a QR code-driven election to select players to serve in various official roles such as Mayor and Journalist for the District Facebook pages. A number of films are turning to blogs to provide light versions of their extended universes, such as Men in Black 3’s The Men in Black Suits Are Real.

The saving grace for the quarter was The Girl With the Dragon Tattoo, which launched Mouth Taped Shut, an artful campaign leading up to the film’s release by hiding pieces of artwork from the movie across the globe. With Larsson’s trilogy of books already released and a Swedish film adaptation already two years old, recovering artwork with deep sentimental value attached in the narrative provided an ideal way of showcasing Fincher’s vision for the film, particularly when paired with the Comes Forth in the Thaw microsite.

Even with Mouth Taped Shut, the trend in film promotions this year seems to have been maximizing buzz with the minimum of content. Super 8 aside, the promotional campaigns that went live this year were significantly scaled back when compared to previous iterations, even when it involved films in the same series. It should be interesting to see whether independent filmmakers capitalize on this apparent shift in priorities in the coming months, with projects like Billboard, an Uncommon Contest for Common People! providing that extended experience.

Big Trouble on Little Screens
Psych‘s Hashtag Killer game wrapped up in November with an impressive meta-puzzle that combined the clues Psych‘s Shawn and Gus had received from the game’s killer. While it’s too late to get written into the story as a murder victim, the game is still replayable using Social Samba’s platform at Liminal States has also received the alternate reality gaming treatment with YouWillBecome.Us, part of a self-described “alternate reality narrative” leading up to the book’s launch. Finally, Nicholas Read is trying a novel attempt at collaborative storytelling with his ebook series Endworlds, a fantasy adventure that offers fans an opportunity to write themselves into the story by tracking down locations referenced in the books: the first fans to locate each of the locations will be written in as characters in the sequel.

The Man with the Gold and Gum
And then, there’s Test Subjects Needed, the alternate reality game for Wrigley’s 5Gum brand. For almost half a year, the enigmatic chewing gum has led its players through a futuristic testing facility, solving a series of online flash games that gradually unlocked a narrative featuring Terry O’Quinn and Summer Glau, punctuated by city-wide hunts for intricate Icefly vials. After months of trying, players that dutifully chewed enough gum to get the necessary codes reached the Central Vault, and one final video presumably concluding the experience. And yet, it appears as though there might be more to come, as packs of 5Gum are appearing in stores with a new set of codes that won’t register on Test Subjects Needed‘s website. While this may merely be another foray into the realm of loyalty programs for the brand, Test Subjects Needed might have a little more life left in it after all.

On a smaller scale, the World Gold Council recently held a week-long social media puzzle hunt to help Miranda Rolentto find and reclaim her missing gold ring. Players that paid close attention to Miranda’s tweets were able to find flyers on the street and a Craigslist posting from the person who stumbled across the ring. All that remained was to peruse Miranda and her husband’s social media recollections of the weekend vacation to identify where the ring went missing as well as what the inscription on the ring said to win the prize.

Growth in the Grassroots
While it’s been a shaky year at times for traditional alternate reality games, the grassroots scene has flourished, with a number of exceptionally well-executed projects from established developers and newcomers alike. Perhaps the most impressive has been Reality, a game developed for the USC School of Cinematic Arts that inspired players participate in transmedia narratives and alternate reality games while creating them.

Robot Heart Stories, on the other hand, marked the return of Lance Weiler to the world of transmedia storytelling, letting children guide a robot back to his spaceship as part of an initiative to foster creativity. Like his experimental short film Pandemic 1.0, much of Robot Heart Stories was developed through donations of time and resources, supplemented by a fundraising campaign on IndieGoGo. Crowdfunding continues to serve as a supplemental source of funds for developers, with ZoeTrap also using IndieGoGo to lock down funds for the project’s trip to the StoryWorld Conference. While Yomi Ayeni turned to selling off part of his art collection after investing in his alternate reality game Breathe, his own foray into crowdfunding on IndieGoGo with the transmedia project Clockwork Watch landed the top spot on the site’s “Best of 2011” list in the graphic novel category. With everything from Cold War alternate histories to replayable versions of past alternate reality games finding their way to crowdfunding sites, audience support for games continues to offset the expenses involved in creating games.

It looks like Nonchalance’s break after finishing the multi-year Jejune Institute will be short-lived, as the company has launched the website for their next experience, The Latitude. And Marble Hornets‘ foray into creating urban mythology with the Slender Man mythos continues to inspire alternate reality games, with My Dad’s Tapes offering its own take on the emerging market for interactive horror for the YouTube-generation.

The tail end of the year also saw the entrance of my new favorite puzzle trail, Phonopath. In late December, the game’s Twitter account started sending out personalized recordings to popular geek personalities, blogs, and audiophiles telling them to watch out. Hidden in those messages were instructions for when the cartoonish door sealing the website shut would open. Once it did, a series of increasingly difficult audio puzzles greeted players, offering a tutorial in everything from spectrogram puzzles and slow scan television transmissions to musical theory and audio editing tricks, all wrapped in a slick interface.

Game developers in the transmedia space are being increasingly open about their projects in development, so it’s possible to speak about a few projects coming down the road that have me excited for 2012. The Karada promises to present a fascinating case study, as some of the team behind Conspiracy for Good teams up with one of its most active players to take their audience on an immersive romp of multiversal mischief. Fourth Wall Studios is set to release everything from a zombie musical featuring Tyce Diorio’s choreography to the fantasy AR game Cathedral in the coming months. Zeroes to Heroes is bringing their Animism experience back for a second season, while the online series Guidestones hints at leading the web series community back into the fold of alternate reality games. And The Secret World, after years of alternate reality games and teasers dropping hints about its puzzle-strewn universe, will be taking alternate reality games into the world of MMORPGs.

Just as this Year in Review series offered a basic taste of the flurry of activity in alternate reality games we’ve seen in 2011, these announced projects offer a mere taste of things to come in 2012. If you think I’ve missed something (and believe me, I’m certain I have), feel free to let us know some of your favorites in the comments.

Legends of Alcatraz Takes Fox’s New Series to The Rock